My whole life my father told me he was multilingual! He claimed he spoke Latin, French, Italian, German as well as English and a ‘smattering’ of other languages that helped him negotiate his way around Europe during the war.
Now I find THIS!
In his OWN HANDWRITING!
If he were still alive I would SO call him out on this!!!!! 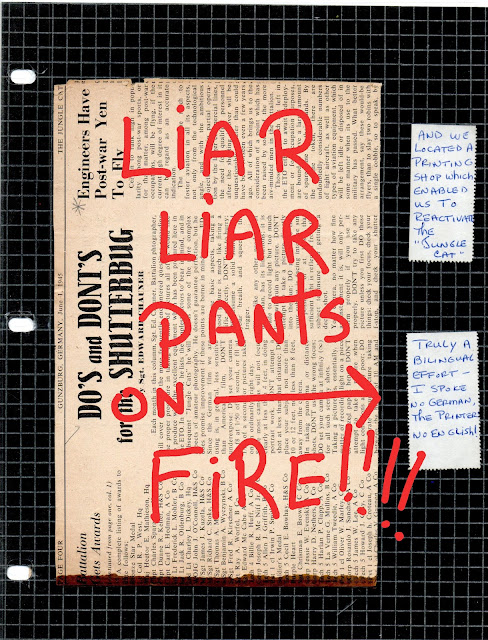 This was a little newspaper he and some of his buddies put out for their unit.