One of his favorite sayings was, “Minnie’ll skin me alive!” as he chuckled at the thought of Grandma scolding him.

He was very handy around the house.
Always tinkering with this or that.
I guess out of necessity. But he was good at it.
He could fix anything.

One fine day he decided it was time to fix the light in the kitchen.
It was a hanging light in the middle of the room that had a pull chain with a glowing knob on the end of the chain so you could find it in the dark.

He took the red step stool that was always in the kitchen over to the light and climbed up with his screwdriver in hand.

Grandma stood at the sink preparing dinner.
She said, “Will, you’d better turn off the power before you do that.”
He replied “Aw Min, I know what I’m doing!” (and he winked at me.)
No sooner were the words out of his mouth when his screwdriver touched the live wire and knocked him off the step stool and right on his ass!
Grandma didn’t even turn her head as she said, “I told you, turn off the power.”

I wasn’t sure what to do or say, but then Grandpa started laughing so I did too! 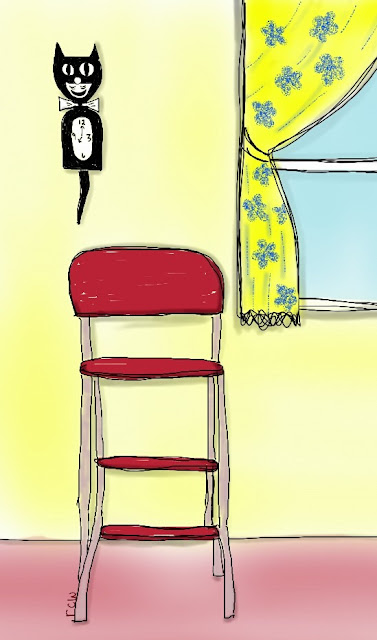