My mother wasn’t much of a gardener, but one year she decided it would look pretty if she planted pansies next to our front door. There was a small raised bed there so she filled it with multiple colorful and lovely tiny plants.

I would sit and play with them for hours, pretending they were little people, because they all looked to me like they had smiling faces.
But then they started to fade and die and I was so disappointed.

My mother told me the more you ‘pinch them back’ or pick them the more they will grow.

Every little girl likes to pick flowers to give to their mother.
But to find out the more you pick the more there are to pick was icing on the cake!


First she put them in the favorite little blue vase reserved especially for pansies. 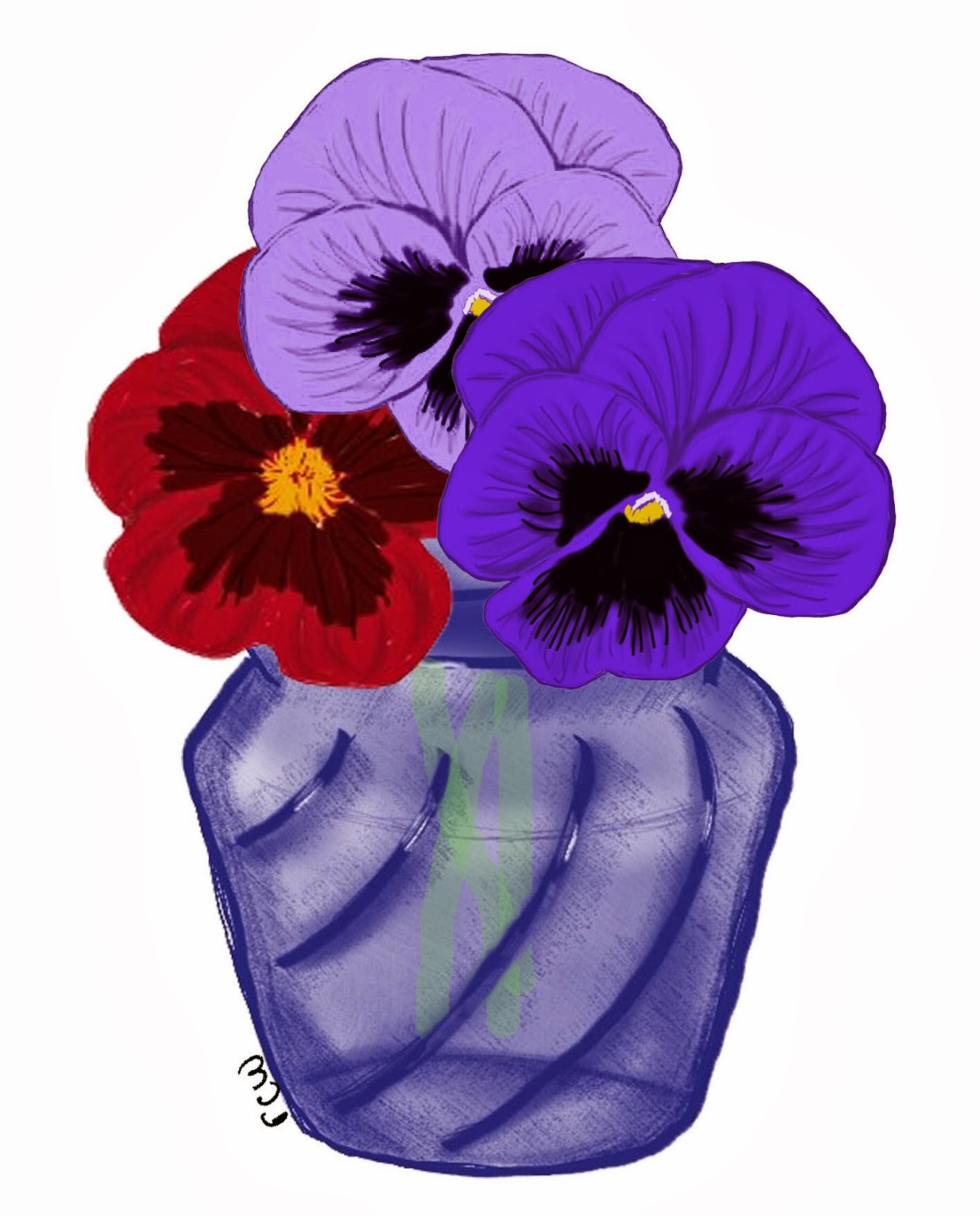 Then she put them in juice glasses.
Then she floated them in dishes.
Pansies, pansies everywhere.
The house was overflowing!

That was the only year my mother ever planted pansies in the garden.
Year after year I asked (read: begged) her to plant more pansies.
She never did.

Years later we were out together and we saw a large expanse of pansies blooming in full magnificent color!
I gasped and said, “Look! Aren’t they beautiful?”
She snorted and said, “I HATE pansies! After that year I planted them and you filled the house to overflowing I couldn’t stand them anymore!”