End of the Garden Relish

During the depression my uncle raised and sold chickens. My grandfather was out of work for four years during that time but my mother said she never knew until she was much older. She never felt deprived or poor. There was always food on the table. During the winter months they had what my grandmother had ‘put up’ (i.e. canned) from the garden.


Grandma was famous for her End of the Garden Relish. A sweet relish made from green tomatoes and other stragglers from the garden at the end of the growing season. She gave me the recipe and I’ve made it once or twice but it was never as good as hers. 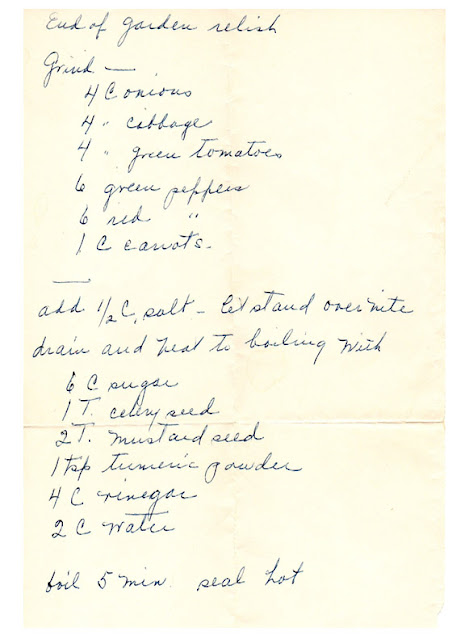 Grandma's recipe, in her own hand. Give it a try, it's yummy!