We have a tiny beach here in our little city.
It’s lovingly referred to as the YACHT CLUB.
‘In the beginning’, when they were first planning this metropolis, it was the center of all happenings.
It’s nothing like the white sandy beaches of the barrier islands but it’s quaint and it’s ours.
There is the beach itself and a nice covered playground for the kids. A town swimming pool, fuel dock for the boaters and a pavilion where they hold all sorts of events.
And a long wooden pier that reaches out into the river.
There used to be a hamburger shack on the pier but it recently closed.
They’re building a new restaurant to take its place but in the meantime, to take up the slack until it opens, they have allowed two vendors to set up shop.
One is a hot dog vendor. Just a table and a cooler.


But the ‘Iceman’ has some panache to his setup and I couldn’t help but document him before he has to pack up and leave. 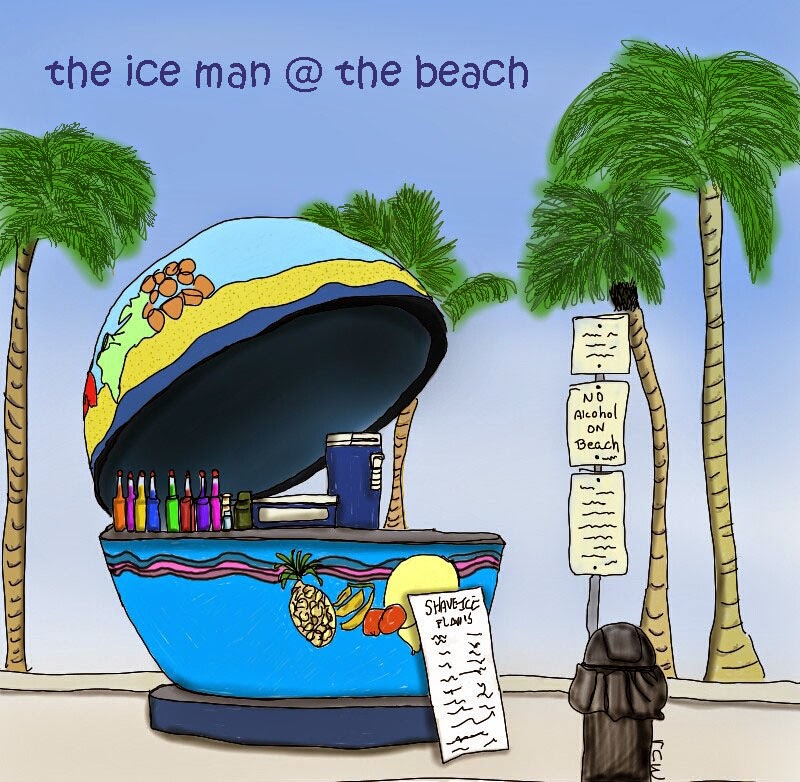 (He wasn’t in his snow cone when I took the reference picture so I didn’t draw him.)